Whether you’ve Spear Tackled someone off the roof of the Grapital Building to secure a victory in Rumbleverse or suffered defeat on the receiving end of an Emerald Crusher, there’s one thing everyone will be talking about: What were you wearing?

Today we’re excited to announce a new Perk for Xbox Game Pass Ultimate members: the exclusive Smash Boxer Set. It has everything you need to show your Xbox Green spirit, complete with boxing headset, gloves, tank top, trunks, and shoes. You’ll also get an exclusive title card background and border plus a 120-minute gameplay Fame booster to help grow your fanbase and level up your Battle Pass even faster.

When developer Iron Galaxy Studios first showed the game to the Epic Games publishing team, we were blown away by the over-the-top, fast-paced brawler gameplay. That wasn’t surprising, given that Iron Galaxy Studios has over a decade of online fighting game experience working on games like Killer Instinct.

But one thing we didn’t expect and excited us was the depth of player customization. In Rumbleverse, you can truly create a persona that’s wholly unique to you, with 14 points of customization. Mixing and matching different items means there’s so much opportunity for flaunting your style, whether you’re instilling fear into the competition or knocking ‘em off their feet with a head-turning look. The Smash Boxer Set is a great way for Xbox Rumblers to fill out their lockers for even more choices on how they want to look, and we can’t wait to see what players come up with.

ALSO READ:  MAD Metaverse - Give Life to Your NFTs and Crypto! ===> Maxi Naija

If you’ve already started your journey towards Rumbleverse greatness, we want to thank you for trusting us enough to let us launch you out of a cannon into a city of 39 other brawlers, all looking to tear your head off with an Omega Uppercut.

If you’re new to the Rumble, Rumbleverse can be downloaded and played free on Xbox Series X|S or Xbox One. There are enough Squats, Chicken, and protein shakes to go around, so we’ll save you a seat on the weight bench. We hope to see you in Grapital City soon! 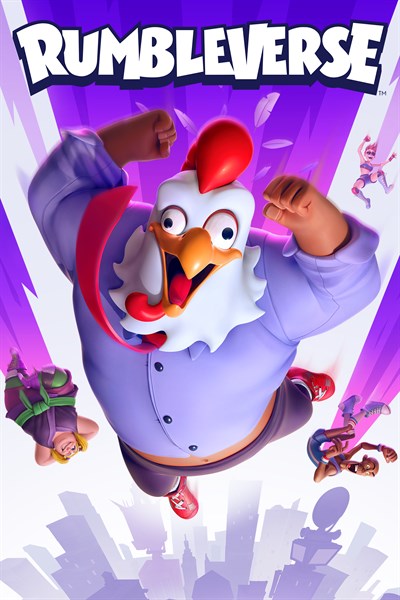 Rumbleverse™ is an all-new, free-to-play, 40-person Brawler Royale where anyone can be a champion. You play as your own unique citizen of Grapital City, as you battle your way to victory! Customize your fighter by mixing and matching hundreds of unique items, and stand out from the crowd. Get launched from a cannon, drop into the streets, and throw down! Where you land is up to you, but beware — there’s chaos around every corner and on top of every skyscraper! Leap from rooftop to rooftop and smash open crates looking for weapons and upgrades. Each round is a new opportunity to discover new moves and perks that’ll give you the edge in your quest for glory.

Editor’s Note: The implementation of this Perk is currently delayed. We’ll update the post once it is live for Xbox Game Ultimate members.

My Name is John Bull, I am a content writer and a Gamer. I love writing about Games Guides and others related games Updates.